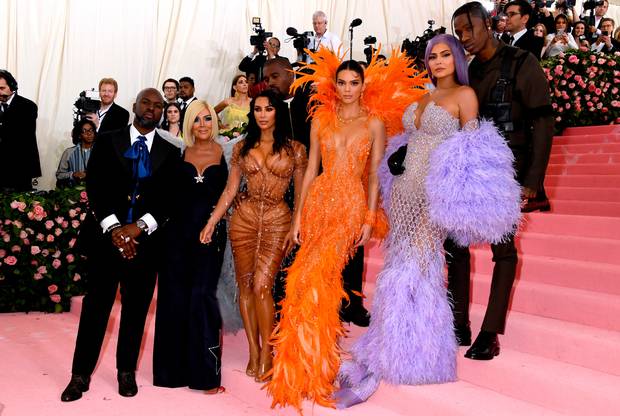 On May 6, fashionistas, celebrities, and designers from around the globe gathered at the Metropolitan Museum of Art for its annual Met Gala, celebrating everything that is high-fashion.

Just like every year, this year’s theme was “Camp; Notes on Fashion.” It’s based on  Susan Sontag’s 1964 essay “Notes on ‘Camp.” In which she writes, “The essence of Camp is its love of the unnatural: of artifice and exaggeration,”

Basically, the main aim was to be silly, eccentric and over-the-top while keeping everything aesthetically pleasing.

As unique as the theme was, the stars definitely didn’t disappoint, for biggies like Katy Perry, Lady Gaga, Kendall Jenner, Hadid sisters, Priyanka Chopra all brought their A-games out.

Although there were many iconic looks this year, here are 5 best celebrities who perfectly captured the theme.

The first to make this list is the queen of eccentric herself. Wearing Brandon Maxwell, Gaga stunned everyone with not 1 but 4 looks. Started with a giant pink gown with a doll-like bow, a black strapless gown, a pink slip dress with a giant cell phone, and finishing it with some very chic lingerie with sparkly tights.

The vocal Goddess brought the drama to the gala with her “Oscar De La Renta” shimmery gown, Weighing over 22 pounds. Dion’s entire ensemble was constructed from 18 panels, hand-beaded by 52 master embroiderers over a total of 3,000 hours.

The actor and musician, known for taking his method acting too far made heads turn on the red carpet by wearing a silky red high-neck Gucci gown while carrying his own human head like an accessory.

Kim Kardashian surprised everyone by wearing a nude, body-hugging Thierry Mugler dress which was inspired by Sophia Loren’s famous soaking wet look in the 1957 film Boy on a Dolphin, The corseted dress, dripping in sequins and beaded crystals, resembled drops of water.

The Indian superstar wonderfully encapsulated the eccentric and silly by stepping out in a sheer grey-yellow-pink feathered gown with an attached cape designed by Dior. Priyanka completed the look with a bold afro, topping it with a stylish crown.

Met Gala may be over, but you have the chance to relive the experience of the biggest costume party of the year. Arrive on the red carpet in your fancy costume, pose like a celebrity in front of the photographers, dance and have a blast!